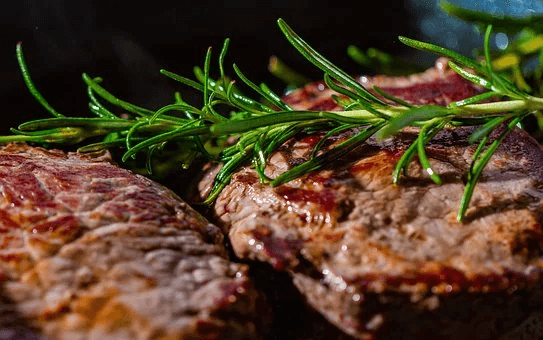 What are the factors that drive this forward?

Knowing exactly how and why iron deficiency happens and slip slides into anemia is important in preventing it’s occurrence. Knowledge is power in a scenario like this.

Presuming you have read the last article outlining a background on iron requirements and digestion, you should now have some background understanding and context for this segment, if you haven’t read it, get it here.

Simply put, given that our body loses approximately 2mg (0.002g) of iron per day, and our body can store between 1-3g, you can do the math and see how not consuming any iron rich sources (or bioavailable sources) can lead to a gradual drop in iron stores. Just to clarify prior to getting into this article, there are two ways that anemia can occur (three, technically), the first one is anemia of chronic disease, which arises from chronic inflammation resulting in increased hepcidin expression, the second is genuine dietary insufficiency. Third is massive blood loss, as blood contains red blood cells and iron, if you have a heavy periods and shorter cycles, that increased bloodloss will result in drops in storage and iron levels, however, this is being classed as a technicality in my books, as female athletes have higher intake requirements as it stands, to counteract this.

The vast majority of people develop anemia from sub-optimal diets, elite athletes during more intense blocks of training may have inflammation related increases in hepcidin, which may have a degree of an effect, though this is unlikely to be as strong as an deficient diet, and the effect of hepcidin in this scenario is more transient in nature, whereas a poor diet is a constant. Let’s look at a number of measures that are looked at when we take iron status into account, and which help with diagnosis, and providing medical professionals and dietitians with a plan of action for intervention.

If we think about it a little, it would make sense that pre-menopausal females are going to be at higher risk of iron deficiency, due to menstrual cycles, having a plant based diet due to lower bioavailability of the iron and a high degree of inhibitory phytates and oxalates, competed in a sport with chronic foot striking like running due to red blood cell rupturing and haemoglobin loss as a result. There a couple of factors that come into play also when it comes to food choice, pushing to lose weight and lower fat diets can tend to push individuals to avoid iron rich sources, social and cultural norms such as food trends and aversion can effect intakes (red meat aversion, vegan propaganda, judgement, religion, finance, personal preference to name a few). We must also acknowledge that adequate intakes of B-vitamins (folate and B12 specifically need to be taken), as they are co-factors in iron metabolism and DNA production, these are found in most animal products, poultry, dairy, grains and nuts, Celiac disease or IBD would be more likely to cause deficiency here than one’s actual dietary provision of said vitamins.

Other inhibitory factors to iron absorption include chronic usage of antacids and PPI medications, high dose divalent minerals (Calcium/Zinc/megnesium), tannins in teas and coffees (the amount of people who was down iron medication with these is super annoying…)

If you made it to now, you could see how this issue might progress forwards, having a poor diet with a lot of inhibitory factors, a poor awareness of where you can get iron from combined with inadequate overall dietary intakes. If we factor in a menstrual cycle and intensive training blocks, it really isn’t a surprise that so many female athletes are developing iron deficiency and anemia, with a good proportion of male athletes suffering too.

Up next, how can an athlete bolster themselves against iron deficiency, what to look out for and how not taking care of this can have disastrous effects on your performance!